Chances are if you’ve read a scanlation, they tell you to support the original work. Problem is if you’re reading a fan translation you probably don’t know how to do this. It took me a painful amount of trial and error, so I’m documenting it in hopes that it can help someone else!

If you do read a scanlation of a manga and enjoy it, I’d highly reccomend buying the manga if you can. It shows that you want the series to continue, and directly supports the artist who makes it. Thanks to the future and probably Covid, you can get any manga/magazines you want online, so you don’t need to worry about international shipping costs. As a note, I am American and live in America—hopefully my advice is applicable to anyone but things may vary based on where you are.

I’m going to cover two different sellers, Rakuten Kobo and Bookwalker, and two ways to get manga—by volume and by chapter. I’m using Kobo and Bookwalker in particular because they accept Paypal, in my experience my bank hates it when I buy things overseas with my card, but Paypal won’t kick up a fuss. I’ve seen two links for Kobo, one storefront doesn’t accept Paypal but the one I linked does. As far as I’m aware they’re the same, just with a different UI.

These two have some very notable differences, so I want to go over them. I’ve only ever read manga on my PC so I don’t have experience with their mobile apps—they may be better/worse than the desktop ones. Both of these sites need you to register in order to buy anything, and they have some English options.

Personally I use Kobo, just because I need to be able to remove the DRM on my ebooks for storage reasons, but if this doesn’t matter to you Bookwalker is the better choice. They so badly want to give you points for their rewards system, I bought like 2 books and had enough points to get several manga volumes for free.

Since Bookwalker is mostly in Japanese, he’s a quick translation of the important elements to help guide you. The first one is the listing for a manga, the second is the screen you get once you purchase a manga. Click on an image to see the full size. 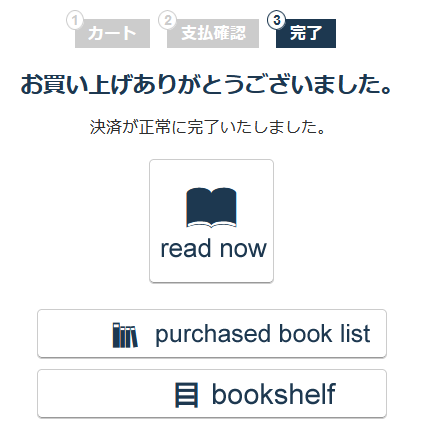 The only real major difference between the volume and magazine version of a chapter is when you’re able to get them. Volumes are only sold once they have enough chapters to fill one, so it may be weeks/months before you can get your hands on a section of chapters. If you’re reading a manga as it serializes and want to purchase it as it serializes, you should consider buying the magazine the manga is published in. From what I understand a decent amount of publishers are selling their magazines online, at the very least I can confirm Shounen Champion does.

In general if you google the English name of the manga, it’ll bring up the Wikipedia page. Here they usually have the magazine it’s published in and Japanese title—if you just want the volumes write down the Japanese name, if you want the magazines write down both.

In your store of choice (Kobo/Bookwalker) search for the title of the manga. It’s not going to work if you use the English title or the Romaji for the Japanese title, so be sure you got the Japanese title. If you’re on Kobo, you may need to change your region. In the upper right corner of the screen there’s a country flag and the name of a language, if you click on the flag it will let you set your region to Japan. It’ll automatically set the site to Japanese when you do—just click the language next to the flag and select ‘English’. 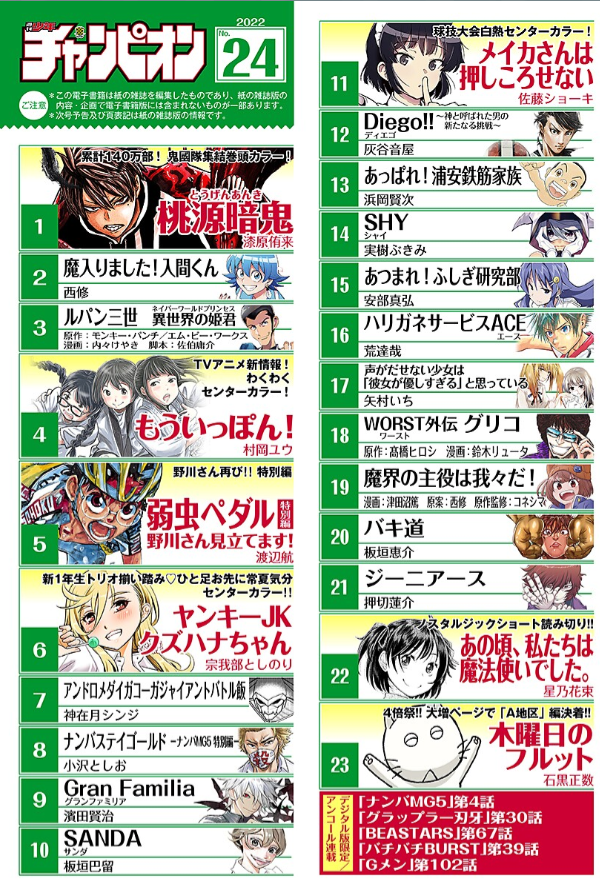 Here’s the 3rd page of a Shounen Champion issue, listing all the manga in it.

I don’t think I need to cover how to buy things? Both checkouts are in English, and Bookwalker has a guide if you get really lost. Yell at me on Tumblr if you need help.

Quality and Other Notes

I have no idea what their process for getting the pages is, but its about on par and sometimes better than what you get from a scanlation. I’ve seen some issues with 2 page wide panels being incorrectly aligned, but nothing unreadable. I think most scanlations now get their raws like this, so there aren’t any major improvements. Don’t expect a very high quality copy.

These files are typically hefty. Volumes are about 200 pages long, and magazines are more like, 500 pages. Since these are all images, they’re pretty big! Whatever program you’re reading it in may take a bit to load, just give it some time.